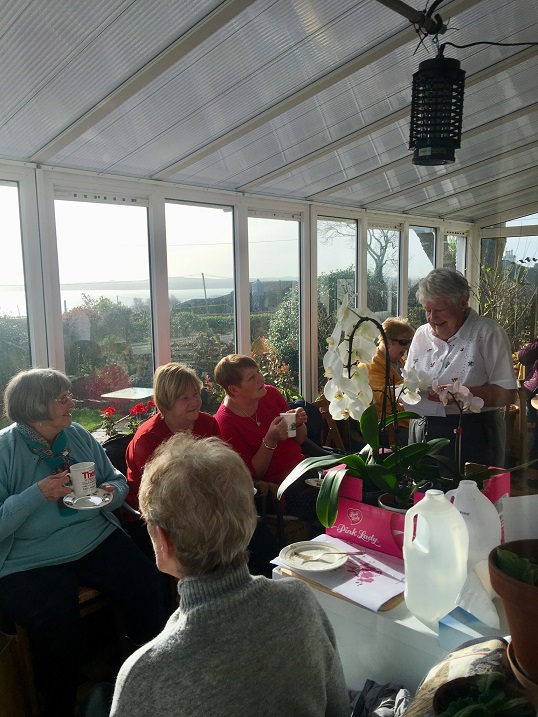 The gardening group met for the second time this year on the 11th of February, once again in Margaret Franklin’s house.

It is an ideal venue for us because Margaret has a large and warm sun room with spectacular views over Belfast Lough all the way to Scotland.

We have a regular attendance of between 14 and 16 people so quite a large venue is needed.

Another new member called Carole Pike has joined us.  She is a keen and enthusiastic gardener we are happy to have her.

We have decided as a group, that we have now reached a full complement of members because we are house based for activities and most of our homes can just about, at a tight squeeze, cope with this number.

We are looking forward very much to the erection of the sun room in Nelson Street when we will have the space to work as we need.

It was David’s birthday and to mark the occasion he really excelled himself with the spread of homemade cakes and pies he made for us. It just doesn’t seem right that he should have to cook for his own birthday, but we were very glad of his talent and generosity.

One of our members, Anita Yeung, who joined us almost at the inception of the group gave us a talk on how to care for and manage orchids. It is worth saying, and Anita freely admits this, that she really did not have a clue about even the simplest gardening when she joined us. Not even how to go about planting seeds.

She has developed a special interest in orchids and particularly in the type which is most commonly available in the garden centres and supermarkets.

That particular variety is commonly called the moth orchid but botanically known as Phalaenopsis.

Some of us have given her our plants with just two leaves which haven’t flowered for maybe a year and the next thing she has blooms to show us.

The secrets she told us are all to do with simple but critical elements.

Firstly, you must have patience. Then you must find the right spot for your orchid. Orchids should not be kept in direct sunlight rather in a bright warm place with indirect sun light.

Watering is critical but not too much and the orchid mixture has to be always well drained; the plant must never stand in water.

She has found that a steamy atmosphere such as you find sometimes in the kitchen seems to suit them.

An orchid should always be in a double pot, that is to say it should be in a clear pot with lots of drainage and then put into another Pot in to which any moisture will flow and should be discarded.

It’s important not to wet the leaves or the flowers of the plant. Feeding she keeps to a minimum.

She has clearly found her niche interest and is very happy to share her knowledge with us.

I suspect however that she has the knack with these plants and some of us just don’t have it.

Once again, we had a very enjoyable and busy morning with good company and an interesting speaker.

We all look forward to next month when at last we will be doing some real gardening as a group, when we plant a great variety of seeds for sharing at our May meeting.

See you all next month and in the meantime, start weeding! 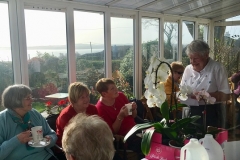 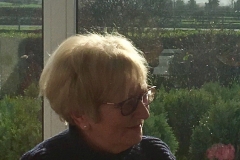 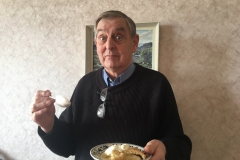 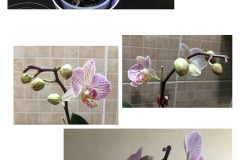 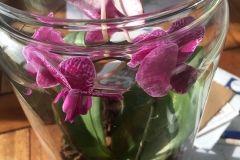 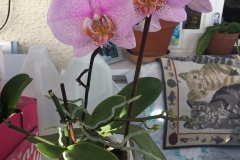 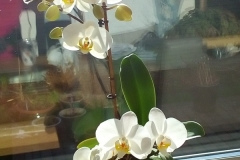 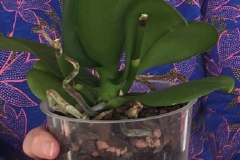 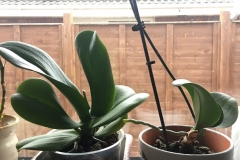 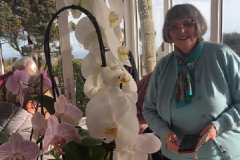 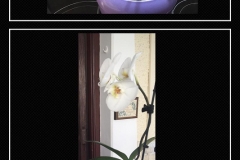