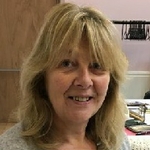 Moira grew up in Whitehead and is the mother of 3 grown up children.  Over the years she has volunteered her time with the PTA, Whitehead Scouts and Whitehead Eagles Junior Football team.

Having recently retired, she discovered the EAU3A through a friend as a means to learn bridge and over the winter has become an active member joining two other interest groups. 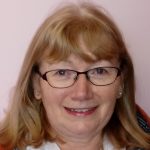 Teresa is a retired Civil Servant wth many years admin experience. She has been involved for about 20 years with various committees, including a local Playgroup and her Church hall. She is also involved with Girlguiding.

She joined East Antrim U3A in August 2016 after retiring. Her interest groups include Line dancing, Tai Chi, German and Scrabble.

Karen lived away from NI for 28 years including 18 years in Hampshire and 10 years in France.  She has been running her own businesses for 35 years first as an Independent Financial Advisor and latterly a holiday accommodation agency for cottages in Brittany. She still runs this part-time with her eldest daughter.  Karen is a keen artist, having been involved in several art exhibitions with others and by herself.

Karen joined East Antrim U3A in 2014 and soon joined the committee.  She leads the Colour Pencil group and since she is a singer with local choirs, is also the convenor for the Singing for Fun group. Karen also sends out the regular Ezines. 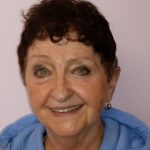 Annabella was born and brought up in Trieste, Northern Itany. She came and settled in Carrickfergus area in 2000, where she soon found an outlet for her lifelong interest in painting. She has been painting since then, showing her work to family and friends. The opportunity to reach a wider audience came when she was invited by the Royal Ulster Academy of Art, to show her work in the RUA Exhibition, held in the Ormeau Baths Gallery in 2006, and again in 2008. Her work was sold on the preview day.

Since then she has exhibited and sold in Carrickfergus, Larne, Lisburn, Belfast, Omagh, Ballyclare, Greenmount and Coleraine. Further abroad Annabella’s work has sold in Trieste and Venice.

Annabella is multi-talented. Many of her craft projects sold in the U3A Arts and Crafts Exhibition. Painted eggs, hand made cards, soft toys, felted work and painted furniture were all featured. 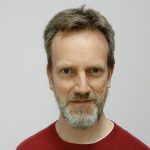 Steve Diamond says, “Everyone is an artist. With the right company and encouragement you can explore your creative potential. I am an example: I was not allowed to study art at school, but now I’m a full-time professional artist. Some of my pictures have been seen on national TV channels. Collectors as far away as Australia, Canada and the USA have bought my pictures.
I now teach a class for the East Antrim U3A, and other classes in Whitehead. Painting or drawing can help
everyone see the world with fresh eyes, and love it even more.” 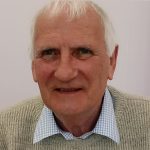 Convenor:  of the Bridge (imporvers)  group 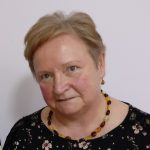 My name is Gundi Cahill and I am originally from Germany. There I read English and History and met my future husband during my studies in England. I worked as a grammar school teacher in Munich, got married and moved to England, eventually living in Wales. While bringing up a family, I taught German at college and worked as a tutor for the Open University.We finally settled in Northern Ireland almost 20 years ago, when I went back to university to do a MSc in Management at UU, resulting in a job in business banking.  After taking early retirement, I joined the U3A last year and offered my skills as a German tutor. Teaching our class is very enjoyable as everyone does contribute from a wealth of life experience. 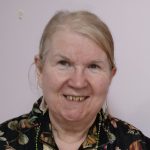 After 35 years away I returned to my native Northern Ireland, having spent the most time in Germany. While there I taught English as a Foreign Language to adults and young people in private language schools and at evening classes.

As a student at Trinity College Dublin I had studied French and German and in 2009 I also received my M.A.

I joined East Antrim U3A in 2017 initially to get some exercise by doing Line Dancing. When I heard that there was an interest in forming a German group I offered my services. I can draw on my experiences when living in Germany – both North and South.

I had taught German many years ago in a secondary/grammar school setting, so I am very grateful to have once again the opportunity of using my training to help adults improve their knowledge of the German language.